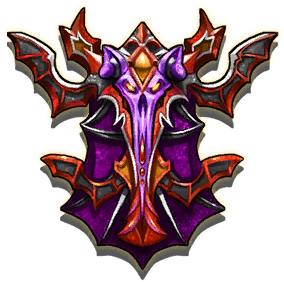 Princedom of the Blood

This dark and gloomy kingdom is ruled by cruel and oppressive Vampire Lords.
Troops 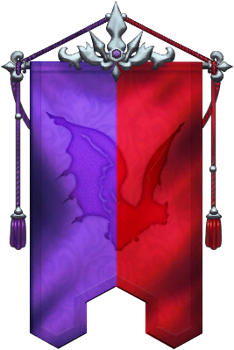 Help Avina defend against an angry mob of villagers.

Complete this quest to unlock a new Challenge.
Hero: The Villages of Ghulvania were dim and empty...
Hero: Until I came face to face with Avina!
Avina: Don't come any closer!
Hero: Who? Me?
Avina: I don't care who you are, you're not going to stop me!
Hero: Stop you?
Avina: You're not one of them? Best draw your weapon then. Here they come!
Hero: Okay.
Avina: Don't worry. I'm not the bad guy here.
Hero: No?
Avina: I'm trying to HELP them, but they just won't listen!
Hero: Help them?
Avina: I'm going to save their children.
Hero: From what?
Avina: From a fate one hundred times worse than death.
Hero: Let me help.

Track the Vampires who have taken the children.

Complete this quest to gain an Income Bonus in this Kingdom.
Avina: That village's children were taken by Vampires.
Hero: Really?
Avina: Vampires that WE are now tracking.
Hero: But...
Avina: And you want to know why they DON'T want them saved.
Hero: Yes, I do.
Avina: Let's take care of a few stragglers, and I'll explain.
Hero: Okay.
Avina: Good! It shouldn't be too long until we track them down.
Hero: Okay.
Avina: Fact is, that these villagers give up their children willingly.
Hero: Why?
Avina: If they DON'T, then the Vampires burn the villages.
Hero: Oh...
Avina: But we're going to change that!
Hero: Good.

Defeat the Whitehelm Zealots, so you can continue tracking the Vampires.

Complete this quest to unlock a new Challenge.
Avina: No! This is going to slow us down.
Hero: What is?
Avina: Up ahead. Zealots out of Whitehelm.
Hero: Zealots?
Avina: They come here to kill the Vampires, but they end up killing villagers.
Hero: Oh.
Avina: We'll need to deal with them. May as well be now.
Hero: Okay.
Avina: The Zealots would be useful allies, if they weren't so misguided.
Hero: True.
Avina: At least now we can continue on the trail.
Hero: Yes.
Avina: Hopefully we didn't lose too much time.
Hero: Let's go.

Defeat the rival Vampire Hunters, so you can continue tracking the Vampires.

Complete this quest to gain an Income Bonus in this Kingdom.
Avina: Oh no... Is EVERYTHING going to go wrong today?
Hero: What now?
Avina: Vampire Hunters... They're tracking the same group.
Hero: Isn't that good?
Avina: They're just hunting bounties, they don't care about the children.
Hero: Oh...
Avina: They'll think we're after a share of their bounty. They'll be hostile.
Hero: Okay.
Avina: Pffft! Amateurs! Hopefully that's the last we see of them.
Hero: Yeah.
Avina: They'll go hunting some easier prey, I think.
Hero: Easier?
Avina: They won't want to go where WE'RE going.
Hero: Where's that?
Avina: You'll see. Follow me!
Hero: Okay.

The Vampires know you're chasing them! Defeat the Flesh Golems to continue.

Complete this quest to unlock a new Challenge.
Avina: Shhh! There's movement up ahead.
Hero: Oh?
Avina: They know we're chasing them.
Hero: They do?
Avina: I can see something moving up ahead. Oh dear...
Hero: What?
Avina: Those shapes... Flesh Golems. We'll need to fight our way through.
Hero: Okay.
Avina: Those creatures... uugghh!
Hero: I know.
Avina: I'd heard the Vampires were 'working on' something new.
Hero: Aha.
Avina: Those things were stitched together from corpses.
Hero: Yuck.
Avina: It seems they've made a new warrior, and this is it.
Hero: Okay.

Pass through the burned village, avoiding any Undead.

Complete this quest to gain an Income Bonus in this Kingdom.
Avina: I smell smoke. Something's burning.
Hero: Me too.
Avina: The village of Falconmill is up ahead. Oh, no...
Hero: What?
Avina: The Vampires must have burned it.
Hero: Really?
Avina: That's what happens when you disobey them. Take care.
Hero: Okay.
Avina: THIS is why the villagers don't want their children saved.
Hero: I understand.
Avina: No, you DON'T understand! If you only knew...
Hero: What?
Avina: Never mind. Let's just follow the trail before it goes cold.
Hero: Okay.

Enter the caves that lead to the Crimson Temple.

Complete this quest to unlock a new Challenge.
Avina: At last! They went into these caves. THIS is where it's hidden!
Hero: Huh?
Avina: We haven't been tracking the Vampires to catch them.
Hero: But...
Avina: I wanted to see where they were TAKING the children.
Hero: Oh...
Avina: The Crimson Temple... We're almost there!
Hero: Okay.
Avina: Yes! This is it! The Crimson Temple. We've found it!
Hero: I see.
Avina: We're not just going to save THESE children.
Hero: No?
Avina: No. We're going to save ALL the children.
Hero: How?
Avina: Follow me. I'll show you.
Hero: Okay.

Defeat the Vampires' thralls, so you can get deeper into the Crimson Temple.

Complete this quest to gain an Income Bonus in this Kingdom.
Avina: Shh! There are thralls up ahead.
Hero: Thralls?
Avina: Humans, Undead, Elves... They serve the Master of the Temple.
Hero: Serve him?
Avina: He controls their minds. They're his puppets.
Hero: Who is he?
Avina: You wouldn't believe me if I told you. You'll see soon enough.
Hero: Okay.
Avina: We're almost there. I can sense his presence.
Hero: How?
Avina: Never mind that. The Master of the Temple was the first Vampire.
Hero: Really?
Avina: This all started when he spread his affliction to the King of Ghulvania.
Hero: Oh, I see.
Avina: But that was centuries ago. Come on!
Hero: Okay.

The Whitehelm Zealots followed you here. They'll need to be dealt with.

Complete this quest to unlock a new Challenge.
Avina: Oh, no. Not again!
Hero: What?
Avina: Zealots. I can hear them behind us.
Hero: Really?
Avina: They must have followed us.
Hero: Oh...
Avina: They'll ruin everything. We need to deal with them first.
Hero: Okay.
Avina: Good riddance.
Hero: Yeah.
Avina: The last thing we needed was them blundering around.
Hero: Agreed.
Avina: Now, we can keep searching.
Hero: Okay.

Come up to the Lab

Destoy the Flesh Golems, along with those who created them.

Complete this quest to gain an Income Bonus in this Kingdom.
Avina: Ugh... That smell...
Hero: I know.
Avina: I've smelt that stench before.
Hero: Me too.
Avina: Flesh Golems! Come on, let's put an end to them while we're here.
Hero: Okay.
Avina: I'm feeling a little dizzy.
Hero: Oh?
Avina: The Master of the Temple... It feels like he's in my head.
Hero: Ouch.
Avina: Come on! The children can't be far.
Hero: Okay.

Rescue the children from their guards, and lead them to safety.

Complete this quest to unlock a new Challenge.
Avina: The children... They're nearby.
Hero: They are?
Avina: I can... Feel their hearts beating...
Hero: What?
Avina: Nothing. We're close now. Follow me!
Hero: Okay.
Avina: The children are safe? There's just the Master of the Temple.
Hero: Yes.
Avina: I... I'm not sure I can go on... My head... it's...
Hero: You can do it.
Avina: No. He's in my head. There's something I need to tell you.
Hero: Oh?
Avina: I was one of those children once. I escaped, but it was too late...
Hero: Oh, dear.

Defeat the Master of the Temple: The Crimson Bat.

Complete this quest to unlock Avina.
Avina: My friend, I need your help.
Hero: Anything.
Avina: The Master of the Temple, you will need to slay him FOR me.
Hero: Okay.
Avina: But beware! It's not a man you face.
Hero: No?
Avina: It is a giant Crimson Bat.
Hero: Let's do this.
Avina: My friend, you have my thanks a thousand times over.
Hero: Sure.
Avina: I had no idea that he would affect me in that way.
Hero: That's alright.
Avina: Now, what happened to me, will never happen to another child again.
Hero: So, what now?
Avina: I owe you my life. I intend to repay the debt. Come on!
Hero: Excellent.

Search an old Ghulvanian castle for the secrets of the Deathknight.

Unlock the Deathknight Hero Class
Avina: My friend, something has come to my attention.
Hero: What?
Avina: There is an ancient tome hidden deep within a castle here in Ghulvania.
Hero: And?
Avina: It contains a terrible secret. I would trust it in nobody's hands but yours.
Hero: I see.
Avina: It contains the secret of the Deathknight.
Hero: Ahhh...
Avina: You have contained the spirits of the tome.
Hero: So it seems.
Avina: Do you feel any different, my friend?
Hero: A little.
Avina: It is the power of the Deathknight. It is yours now.
Hero: I see.
Last updated: 07/20/2022
GoWDB.com © Lyya (ashenbloom@gmail.com)
This is a fan site. All Gems of War contents are owned by Infinity Plus Two.
Game art images courtesy of Garyatrics.com -- check them out!
Team Builder
Publish Team
Suggestions