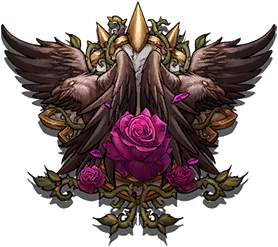 Realm of the Dark Fey 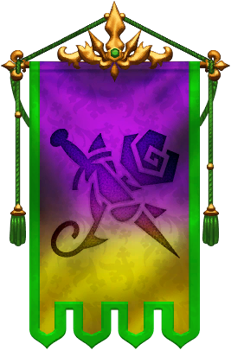 Complete this quest to earn 100 Souls.
Hero: As we were about to cross a dark river in the underworld...
Hero: ...Avina approached me.
Avina: Up ahead, do you see that?
Hero: Horses?
Avina: Horses, yes. But not just any horses.
Hero: Oh?
Avina: I believe it’s a Kelpie - a River Horse. Let’s follow it.
Hero: Okay.
Avina: There WERE Kelpies!
Hero: Kelpies?
Avina: A Fey horse that snatches travelers and drowns them
Hero: I see.
Avina: There’s more to it than that though.
Hero: Oh?
Avina: They are creatures of the Dark Court. I’ve been searching for it!
Hero: Aha!

Complete this quest to earn 100 Souls.
Avina: The Dark Court is home to the Dark Fey.
Hero: Dark Fey?
Avina: Yes. One of the oldest courts of Fey. They are of interest to me.
Hero: Why?
Avina: For many decades, I have wondered about the origins of vampires.
Hero: I see...
Avina: Ahead I see more of their minions. Perhaps they hold the knowledge I seek.
Hero: Okay.
Avina: Those hounds were the Sluagh - hunting dogs of the Dark Court.
Hero: Okay.
Avina: That means the court must be close. I’m certain it holds answers.
Hero: Why?
Avina: As you’ve seen, these Dark Fey creatures drain magical power.
Hero: Yes.
Avina: They feed off it in much the same way we vampires feed off blood.
Hero: I see.

Complete this quest to earn 100 Souls.
Avina: Those trees up ahead - I believe the Dark Court will be in that forest.
Hero: Why?
Avina: Being a mortal perhaps you do not sense it.
Hero: I don’t.
Avina: There is a power there... A hunger... All too familiar to me.
Hero: Sounds friendly...
Avina: Perhaps their queen, Leanansidhe, will speak with us.
Hero: Unlikely, I suspect.
Avina: As you feared, old friend, the Dark Fey are hostile.
Hero: And hungry...
Avina: Hungry...yes. Now we are close to them, I feel a connection.
Hero: You do?
Avina: Yes. We are related...Perhaps they visited Krystara long ago.
Hero: Perhaps.
Avina: Perhaps Queen Leanansidhe will know more.
Hero: We’ll see.

Learn what you can from Leanansidhe.

Complete this quest to earn 100 Souls.
Avina: We are here at last - the Dark Court.
Hero: Indeed.
Avina: It’s Dark Queen awaits. So does battle, I fear.
Hero: I agree.
Avina: But if we never confront her, we will never know.
Hero: Just so.
Avina: Even if she will not speak with us, there is much we may learn.
Hero: Let’s find out.
Avina: Well, I learned one thing.
Hero: What’s that?
Avina: Though they may be ancient... Though we may be related...
Hero: Yes?
Avina: They are neither wiser not stronger than my kin in the lands above.
Hero: So it seems.
Avina: And perhaps eternal thirst is only part of our curse.
Hero: Perhaps.
Last updated: 07/20/2022
GoWDB.com © Lyya (ashenbloom@gmail.com)
This is a fan site. All Gems of War contents are owned by Infinity Plus Two.
Game art images courtesy of Garyatrics.com -- check them out!
Team Builder
Publish Team
Suggestions