The Kingdom of Progress

Adana is known as a center of learning and technology. Alchemists and Engineers thrive in this city.
Troops 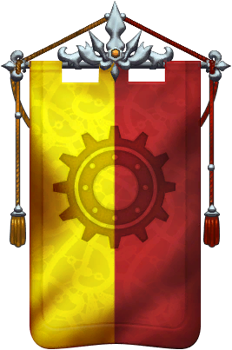 Dwarf on the Run

Get some things that Sparkgrinder needs from the Great Adanite Scrapyard.

Rotten to the Core

Travel to the Karakoth border in search of some Golem cores.

The Sting of Failure

Travel to Zhul'Kari to find a Spider Queen and bring back her stinger.

Wood I Lie to You

Travel to the Forest of Thorns and retrieve a Treant's bark.

Track down and fight the beast, Carnex.

What's the Plural of Carnex?

Try and find where Sparkgrinder's NEW Carnex has been hidden

Fight your way to where Carnex is hidden in a cave.

Finding the OFF Switch

Defeat Carnex and disable him.

Learn the secrets of becoming a Mechanist from Sparkgrinder. What could go wrong?