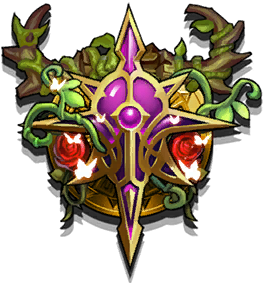 The Summer Fey, ruled by Queen Titania, live in this idyllic forest.
Troops 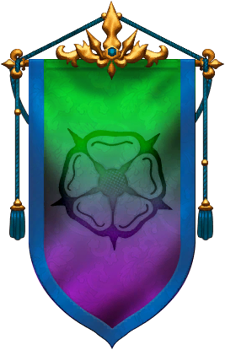 Red Sails in the Sunset

Complete this quest to unlock a new Challenge.
Hero: I met a High Elven Prince named Ethoras.
Hero: He was a long way from home, travelling to the Bright Forest.
Hero: As I'd never been there before either,
Hero: I agreed to travel with him and keep him safe.
Prince Ethoras: Not long now! I must prepare for my glorious landing.
Hero: Prepare?
Prince Ethoras: Indeed! There must not be a hair out of place when I meet the Fey Queen.
Hero: Very well.
Prince Ethoras: Well THAT was just awful!
Hero: How so?
Prince Ethoras: Here I am in the land of the Bright Fey, and I look positively dishevelled!
Hero: I see...
Prince Ethoras: Hold fast, my companion. This may take a few hours.
Hero: What will?
Prince Ethoras: My clothes... My hair... Perfection cannot be rushed, you know!
Hero: Wow, okay...

Look for the Fey in the Bright Forest.

Try to make peace with the Fey.

Flight from the Fey

Escape from the Fey Queen.

Having hidden in a cave, you must deal with what's inside!

Look for another way out of the caves.

Get Prince Ethoras back to the ship and escape.

Board the ship and leave the Bright Forest behind.

To Court the Queen

Make your way to the Summer Court to confront Queen Titania.

The Summer Court is a shambles. Find Queen Titania.

Defeat all the Things!

Defeat both Scorpius and Queen Titania to leave the Bright Forest.

Learn ancient mysteries from the Fey and become a Hierophant.