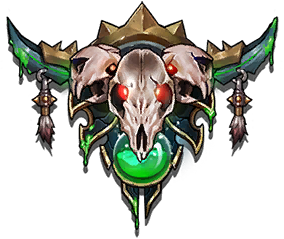 The Arena of the Rattigar

The Rattigar of the Dark Pits work for the Naga, trading services for fresh captives.
Troops 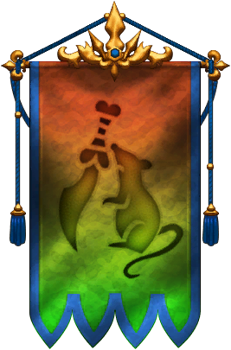 Defend yourself against the Rattigar in their Arena.

Complete this quest to earn 100 Souls.
Hero: While traveling through the dim murky Underworld...
Hero: ...Strange Rat-folk trapped us and threw us in a dark pit.
Tau: Ha! Tau does not believe he was caught by Rattigar!
Hero: Rattigar?
Tau: Fat rats! Silly rat-folk! Once, we hunted them.
Hero: Once?
Tau: Yes. Fat rats are weak - beneath Tau. You kill them.
Hero: Okay...
Tau: You kill Fat Rats well. Our Half-manes once hunted them.
Hero: Not any more?
Tau: Fat Rats too easy. Half-manes caught them all.
Hero: Oh, I see.
Tau: Chomp, chomp! Then Fat Rats gone.
Hero: Gone where?
Tau: Tau hear they dig east. Make deal with Snakey Ladies.
Hero: The Naga?

Out Of The Arena

Escape from the Arena.

Escape from the Dark Pits and the Rattigar swarm.

Complete this quest to earn 100 Souls.
Tau: Good work! Tau is making progress.
Hero: Tau is?
Tau: Up ahead Tau sees Magic Rats with lightning.
Hero: I see too.
Tau: Tau has named them Zappy Rats. Very dangerous.
Hero: I agree.
Tau: Fight some. See if they are worthy of Tau.
Hero: Of course...
Tau: Zappy Rats disappoint Tau. They did not kill you even a little bit.
Hero: Kill ME?
Tau: If Zappy Rats cannot even kill you a little bit, Tau is not interested.
Hero: Pardon me for living.
Tau: Come! Time to go! Tau is wasting time here.
Hero: We're almost out.
Hero: And with that...
Hero: ...We approached the exit of the Dark Pits.

One final obstacle stands between you and freedom.

Complete this quest to earn 100 Souls.
Tau: Something very big up ahead.
Hero: A Giant Rattigar...
Tau: Zappy Rats called him Sledgepaw.
Hero: Ahhh, yes.
Tau: At last! Tau has a found a worthy Rattigar.
Hero: You'll fight?
Tau: Not yet. You soften him up. Tau will finish him.
Hero: Of course.
Tau: Huge Rat was glorious foe!
Hero: For some of us.
Tau: Tau feels like he has hunted well this day.
Hero: Oh, really?
Tau: You will take Tau back in there later.
Hero: What? Why?
Tau: Maybe Tau find even HUGER rats for to challenge!
Hero: I can't wait.
Last updated: 10/21/2021
GoWDB.com © Lyya (ashenbloom@gmail.com)
This is a fan site. All Gems of War contents are owned by Infinity Plus Two.
Game art images courtesy of Garyatrics.com -- check them out!
Team Builder
Publish Team
Suggestions