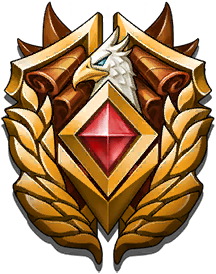 Temple of the Harpies

High on a dark mountain, the Harpy Queen and her minions work on the Unfinished Song.
Troops

Complete this quest to earn 100 Souls.
Hero: High on a dark mountain in the Underworld...
Hero: ...We saw an ominous stone temple.
Elwyn: What is this? Can it be...
Hero: Be what?
Elwyn: This temple, I cannot believe my eyes. It must be...
Hero: Spit it out, man!
Elwyn: Stonesong Temple. Home of the Harpies.
Hero: Interesting.
Elwyn: It is! The Stonesong Temple! Amazing!
Hero: Why?
Elwyn: The Harpies attacking us...
Hero: Yes?
Elwyn: They live up there in the temple.
Hero: And that's amazing?
Elwyn: No! What they are doing in the temple is amazing.
Hero: Oh.

Climb up to Stonesong Temple.

Complete this quest to earn 100 Souls.
Hero: We began the climb to the Temple.
Hero: Elwyn explained more about the Harpies.
Elwyn: These Harpies, you see, are writing a Song.
Hero: A song?
Elwyn: Yes, but it's no ordinary Song. It's ancient powerful magic.
Hero: So, a magical song?
Elwyn: It's hard to explain, I'll try as we go.
Hero: Very well.
Elwyn: They are protective of the Song. I'm not surprised.
Hero: Why?
Elwyn: They call it the Unfinished Song.
Hero: Okay...
Elwyn: It is said they have been writing it for thousands of years.
Hero: Aha...
Elwyn: And once it's finished, they will sing it, and the world will end.
Hero: Ouch.

Complete this quest to earn 100 Souls.
Elwyn: I really want to see this Unfinished Song.
Hero: What? Why?
Elwyn: See it! Not hear it! I'm not stupid.
Hero: That's debatable.
Elwyn: But aren't you curious what a song such as this might be like?
Hero: Not really.
Elwyn: Well I am! I'm going into the temple.
Hero: Oh, alright.
Elwyn: All these Harpy Mages seem to be guarding something.
Hero: They do.
Elwyn: But I can't find any music. I've looked everywhere.
Hero: What if...
Elwyn: What if they never wrote it down? Just memorized it?
Hero: Exactly.
Elwyn: Trust me, my friend. All great musicians write their work down.
Hero: Hmmm...

Complete this quest to earn 100 Souls.
Elwyn: There is only one possibility.
Hero: What's that?
Elwyn: The Queen of the Harpies must have the music.
Hero: I see.
Elwyn: Perhaps if we confront her, she'll show it to us.
Hero: Or...
Elwyn: Or she'll try and murder us. I know... I know...
Hero: Come on then.
Elwyn: Wait! I think I understand!
Hero: Understand?
Elwyn: We've been looking for sheets of music. But there aren't any!
Hero: What?
Elwyn: The Temple IS the music. Its corridors are staves! Its rooms are notes!
Hero: Really?
Elwyn: And as they build the temple, so they write the Song!
Hero: That's deep.
Last updated: 10/21/2021
GoWDB.com © Lyya (ashenbloom@gmail.com)
This is a fan site. All Gems of War contents are owned by Infinity Plus Two.
Game art images courtesy of Garyatrics.com -- check them out!
Team Builder
Publish Team
Suggestions